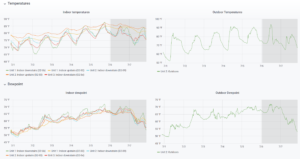 and MCCI Corporation are partnering in a vision to drive down the cost of monitoring systems and work towards establishing a North American database of high performance buildings. Passive House is an international standard of building energy efficiency and MCCI is a software company based in Ithaca and New York City with a specialty in the emerging Internet of Things (IoT). New York Passive House is represented by Bob Schneck, a Manhattan Community Board 1 Member and a micro-developer of Passive House projects; and Terry Moore is the CEO of MCCI and initiator of The Things Network New York and Ithaca.

construction and Passive House using MCCI technologies. The project has installed instrumentation in three Passive House Certified buildings and will install instrumentation in three comparable conventional houses within the same local microclimate. Buildings will be individually monitored and energy performance will be directly compared. The system monitors electricity, temperature and humidity and, potentially, in later versions, natural gas, water, particulate matter and VOCs (Volatile Organic Compounds). Renewable power production and power sold to the grid can be readily measured and recorded. 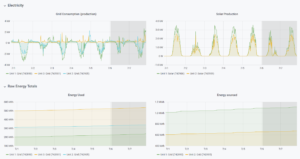 The Ecovillage project builds upon MCCI’s current Ithaca Power Project, which combines low-cost electric power instrumentation with a community-owned LoRaWAN wide-area radio network and open-source software. The system transmits real-time data on energy consumption and the building environment to building owners. Data can be accessed through a graphical dashboard or in a spreadsheet format for analysis offline. Monitor installation is minimally intrusive and is performed by licensed electricians. Jeff Gilmore, resident of Ecovillage, is one of the contributors to The Things Network Ithaca, and has already installed a LoRaWAN gateway transmitter.

The Things Network, an international initiative to develop and support community-owned IoT networks. Building data is stored on low cost servers in the cloud and is viewed in real-time via web browsers. It can also be stored in servers operated by building owners. Data transmitted is encrypted to protect confidentiality and prevent injection of spurious data. Server design follows best-in-class security considerations.

Tompkins County, New York (including Ithaca) has invested in IoT technology for county buildings and is working on its first installation as part of the Ithaca Power Project. The resulting network will cover the entire county with gateways for the LoRaWAN network.