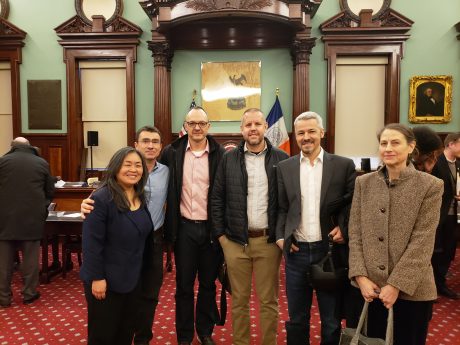 The proposed bill Introduction No. 1816 of 2019 incorporates the latest version of the New York Stretch Energy Code (NYStretch) as required by Local Law 32 for the year 2018. Local Law 32 mandates that the City amend the NYCECC to align it with the latest version of the NYStretch Energy Code-2020 developed by the New York State Energy Research and Development Authority (NYSERDA).

The proposed bill eliminates the very critical Section R408 Passive House as an alternative compliance path. Passive House is an accepted building industry standard and has the potential to shift the industry into the high performance building sector.

Including the proposed Passive House section would:

New York Passive House requests the inclusion of Section R408 Passive House into the New York City Energy Conservation Code (NYCECC) and with considerable concern, supports the proposed bill. The bill as it stands, is merely an incremental improvement of the current code. In the face of a climate emergency, we can no longer sustain half measures. We advocate for a bill with the inclusion of Section R408, which will allow our building industry to fulfill the requirements of local laws 32 and 97.