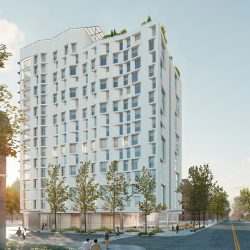 NYC is now the largest city in the U.S. to propose legislation relating to the electrification of buildings. On May 27, 2021, the NY City Council introduced Int. 2317-2021, which promotes the electrification of new and substantially retrofitted buildings. The bill will become effective two years after its enactment, and includes important exemptions; for example, the use of emergency generators that are crucial for critical infrastructure, such as hospitals, and an important option for high-rise buildings. Council Member Alicka Ampry-Samuel (D-City Council District 41) introduced Int. 2317-2021.

This bill would prohibit the combustion of a substance that emits 50 kilograms or more of carbon dioxide per million British thermal units of energy in any new building or any building that has undergone a major renovation. The bill provides an exception for emergency standby power, a hardship preventing compliance with the bill, where the combustion of the substance is required by certain enumerated industries, and where the combustion of the substance is used on an intermittent basis in connection with a device that is not connected to the building’s gas supply line.

NYC’s more than one million buildings are responsible for about 67% of its greenhouse gas emissions. Amy Turner explains the legal strategy informing Int. 2317-2021 in her May 28, 2021 article, “Emerging Local Legal Pathways for Building Electrification: Air Pollution and Land Use Regulation in New York City & Brookline, Massachusetts,” which was posted on the Columbia Law School, Sabin Center for Climate Change, Climate Law Blog website. As Turner explains:

Previously, local governments had pursued building electrification through building code provisions requiring or incentivizing electrification expressly, or through affirmative “bans” on natural gas hookups to new and renovated buildings. . .The New York City bill is tailored to avoid preemption in two main ways. First, by setting an air emissions standard, it limits preemption risk by the U.S. Energy Policy & Conservation Act (EPCA), which prohibits state and local regulations “concerning the energy efficiency, energy use or water use of” many building systems and appliances. Second, by allowing for the continued provision of all forms of fuel, including fossil gas, it steers clear of potential preemption by the New York State public service law’s so-called “obligation to serve,” which declares as New York State policy “the continued provision of… gas, electric and steam service to all residential customers.” It should be noted that New York City has broad local building code authority, while many local governments are preempted by statewide codes. Still, the air emissions standard model could be adapted to apply for jurisdictions without building code authority, including for existing buildings.

Several environmental organizations in NYC are advocating for Int. 2317-2021; for example: WE ACT For Environmental Justice, NY Communities for Change (NYCC), the American Institute of Architects (AIA) New York, and the Sierra Club NYC Group. Peggy Shepard, Co-Founder and Executive Director at WE ACT highlighted the public health benefits of Int. 2317-2021 in the organization’s May 28, 2021 electronic newsletter:

This bill will help reduce air pollution and emissions that contribute to climate change, which will help address health disparities experienced by people of color. A recent study found that communities of color in the city are exposed to 17 percent more PM2.5 emissions associated with residential gas combustion than the population average, with Blacks facing 32 percent higher exposure. The health impacts of this disproportionate exposure can be seen in the higher rates of mortality and morbidity in these communities – our communities – including chronic respiratory diseases like asthma.

If the name of your representative in the NY City Council does not appear in the list of co-sponsors on the Int. 2317-2021 website, please write or call him/her to co-sponsor this bill. You may find the name and contact information for your Council member on the Council Members and Districts website.

Three scientific reports on climate change issued this year highlight why we must simultaneously accelerate the electrification of buildings, reduction of energy consumption by green building design (optimally Passive House*), and the greening of the electricity grid. These reports are the May 6, 2021 UN Environment Programme (UNEP) “Global Methane Assessment: Benefits and Costs of Mitigating Methane Emissions,” the August 9, 2021 UN Intergovernmental Panel on Climate Change (IPCC) report, “Climate Change 2021: The Physical Science Basis,” which is summarized in this press release, and the April 13, 2021 National Oceanic and Atmospheric Administration (NOAA) report, “It’s official: July was Earth’s hottest month on record.” As U.N. Secretary-General Secretary António Guterres emphasized in his statement on the IPCC report, “This is code red for humanity.”