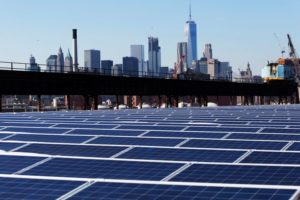 New York lawmakers reached a deal late Sunday night to pass one of the most ambitious climate bills in the nation, setting the Empire State on a course to shape what the Green New Deal could look like at a state level.

The agreement to pass the so-called Climate & Communities Protection Act calls for New York to eliminate 85% of its overall planet-warming emissions by 2050, while offsetting or capturing the other 15%. The deal mandates 35% of state energy funding go to low-income, polluted communities, but sets a goal of investing 40%. The final legislation requires all state-financed energy projects to pay union wages. See more

The conference will dive into the technical details of large Passive House buildings, both residential and commercial, new build and retrofit – now of particular concern for New York City developers and property owners

Sign up as NYPH Member today and save big!