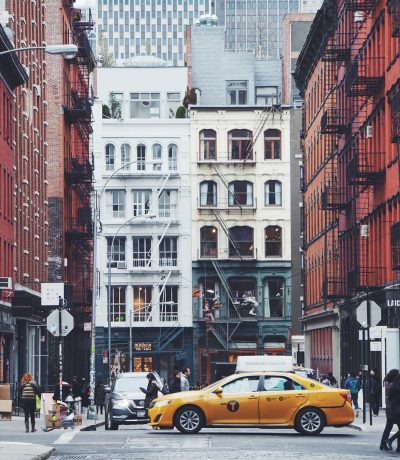 Building electrification requirements – at times called “natural gas bans,” including on this blog – are subject to a complicated interplay of federal, state and local law, and many local governments have been found or determined themselves to be preempted from one or more approaches. This week’s advancements offer two new models for local governments looking to require or promote building electrification: air pollution and land use regulation.

New York City: On Thursday, May 27, Councilmember Alicka Ampry-Samuel and four of her colleagues introduced Intro. 2317, which would amend the City’s building code to limit greenhouse gas emissions from new and renovated buildings to 50 kilograms of carbon dioxide per million BTUs. The bill represents a twist on the strategy of updating a local building code to require or incentivize electrification: it uses the local building code process but focuses on air emissions. Buildings need not be built all-electric to comply with the code standard – appliances and building systems using any fuels are acceptable – but it will be far easier for them to comply if they do. The New York City bill is tailored to avoid preemption in two main ways. First, by setting an air emissions standard, it limits preemption risk by the U.S. Energy Policy & Conservation Act (EPCA), which prohibits state and local regulations “concerning the energy efficiency, energy use or water use of” many building systems and appliances. Second, by allowing for the continued provision of all forms of fuel, including fossil gas, it steers clear of potential preemption by the New York State public service law’s so-called “obligation to serve,” which declares as New York State policy “the continued provision of… gas, electric and steam service to all residential customers.” It should be noted that New York City has broad local building code authority, while many local governments are preempted by statewide codes. Still, the air emissions standard model could be adapted to apply for jurisdictions without building code authority, including for existing buildings. Intro. 2317 is not yet scheduled for a hearing.