Our client came to us after purchasing this freestanding, wood frame house in the Greenpoint neighborhood of Brooklyn with dreams of recycling some of the quirks of this old home into an updated, more functional home. Previously a three family home with lots of clues to its history, we worked to highlight a number of these clues within the new design that included a new rear addition, a sliding skylight to access a new roof deck, and a fully remodeled interior.

Just as all projects have unexpected challenges, this was no exception. Once the existing structure was exposed, almost every part of the building required significant repair – foundation walls, perimeter walls, floor joists, and roof framing. We discovered the perimeter walls were constructed with wood framing and brick infill, so we were able to salvage some of that brick to create the feature wall at the new double height entry space infilled between the two-story structural LVLs. With lots of sanding and refinishing, we were also able to re-use the original wide plank pine subfloors on the first floor and kitchen.

This was also a unique project because it was not in a Landmarked District, which allowed for more creativity in our approach to the front and rear facades. Our client was looking for an organic material that would patina and eventually feel comfortably lived-in. We used clear cedar planks that were rabbeted together for a flush, clean appearance. We were able to make the lowest level a more usable space by creating an areaway in the front yard for direct access and significantly more natural light.

This home underwent a major transformation, but with the careful selection of natural materials and re-use of original character, we were able to create a modern home with lots of history to share. 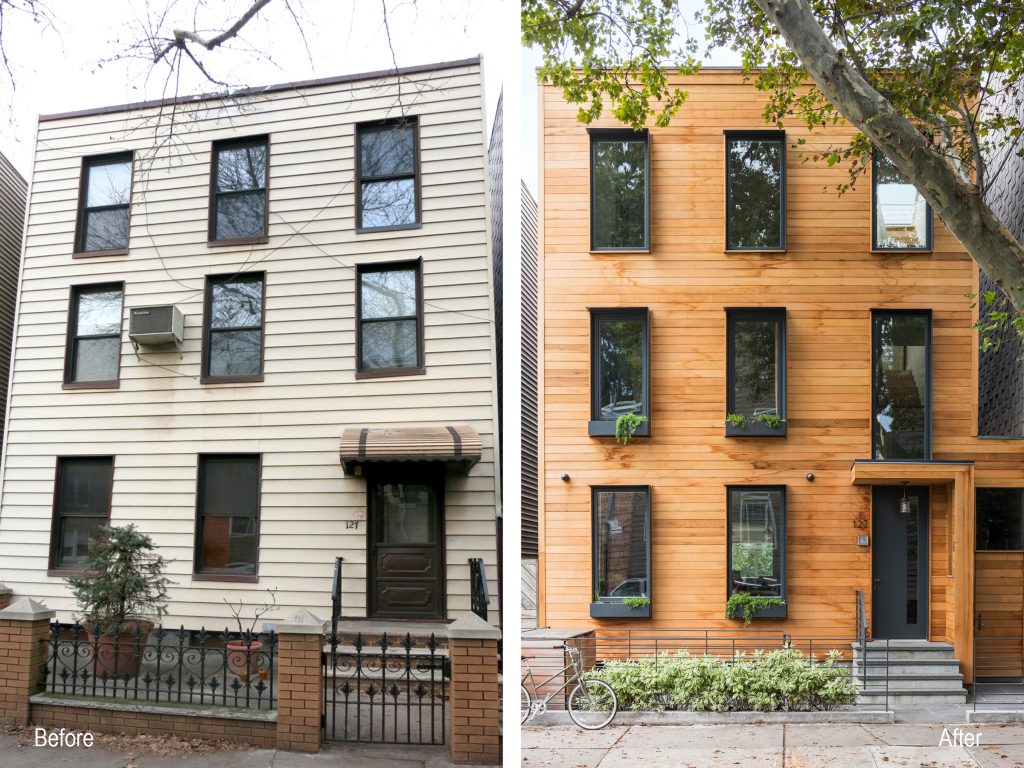 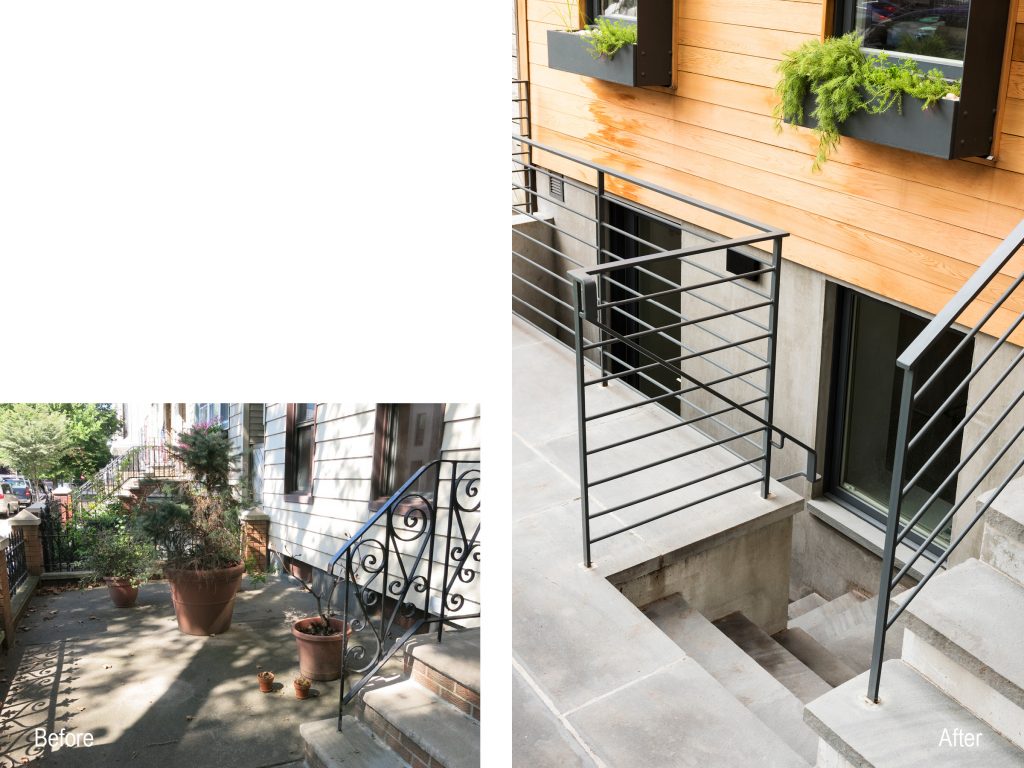 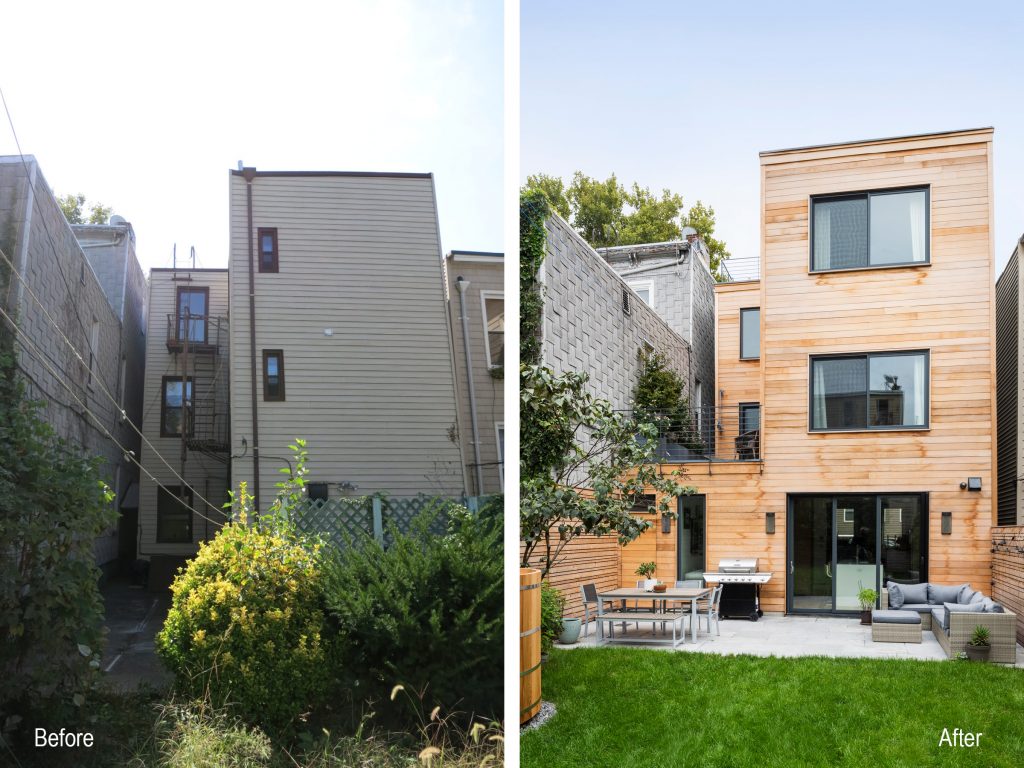 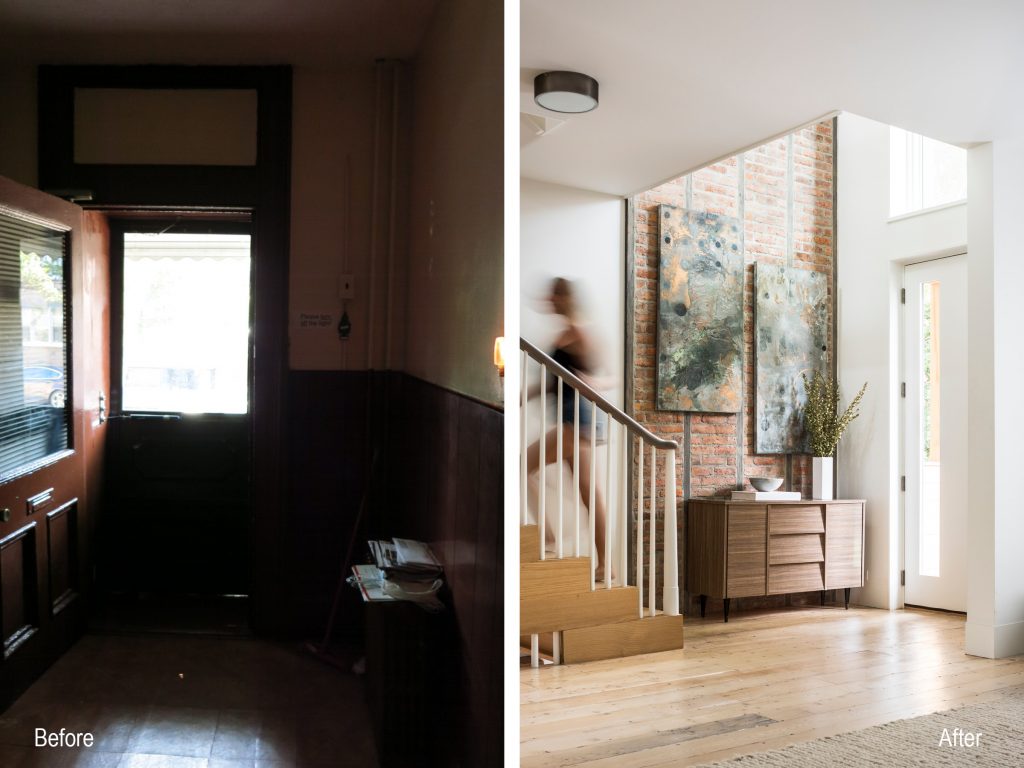 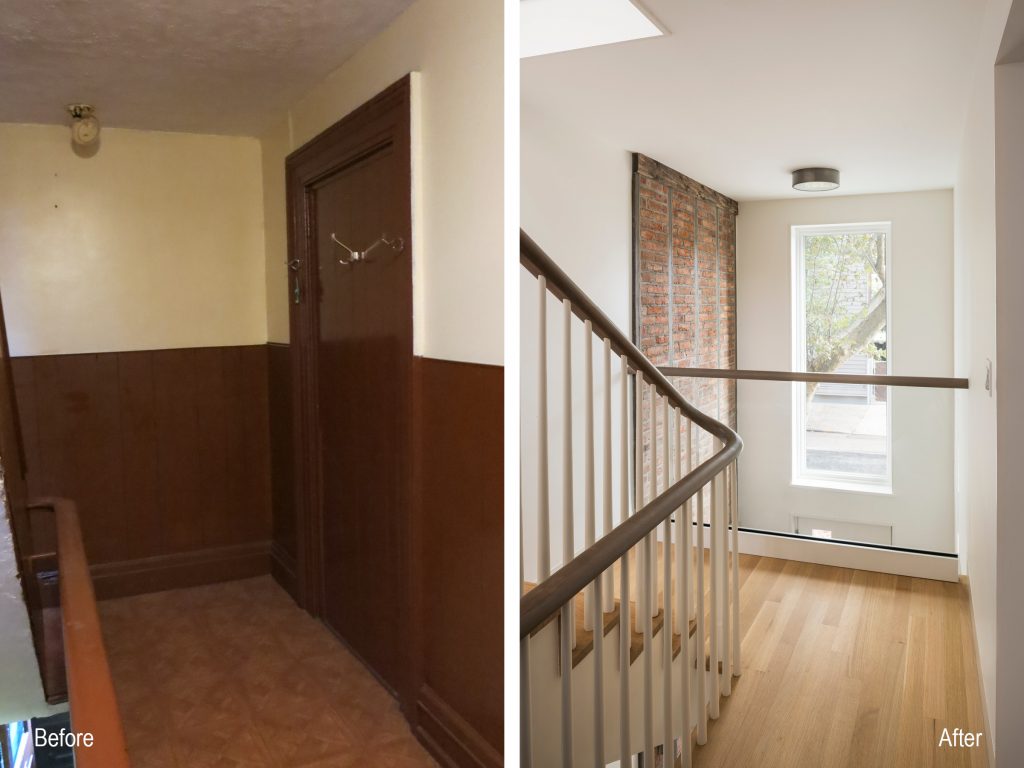 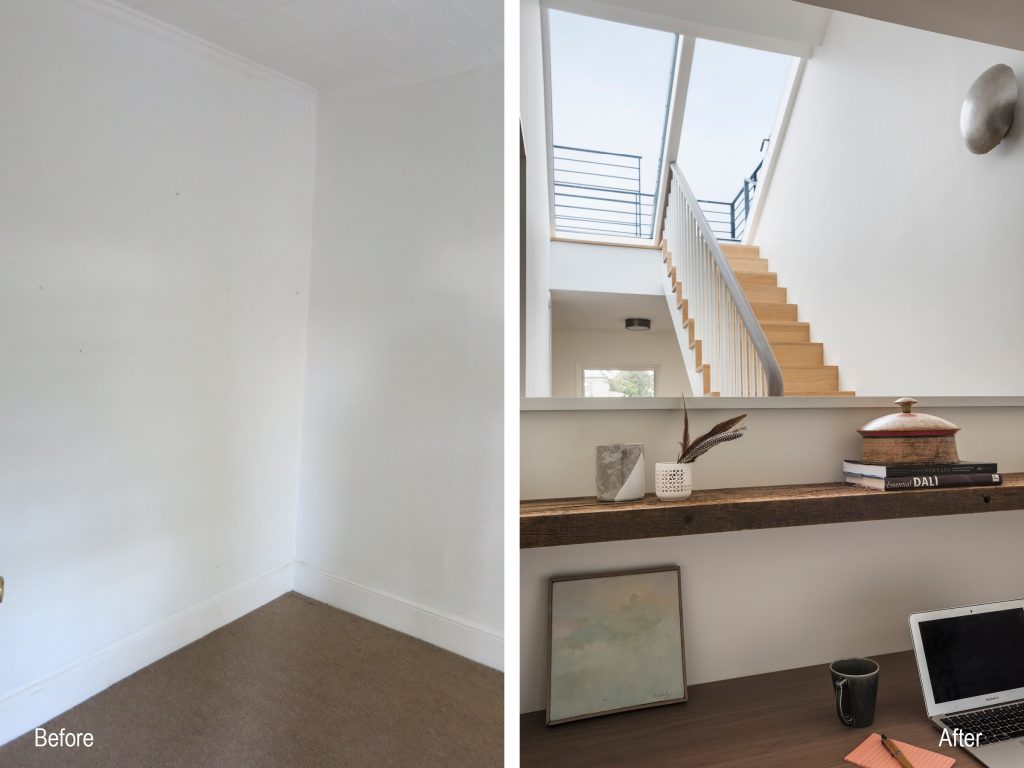