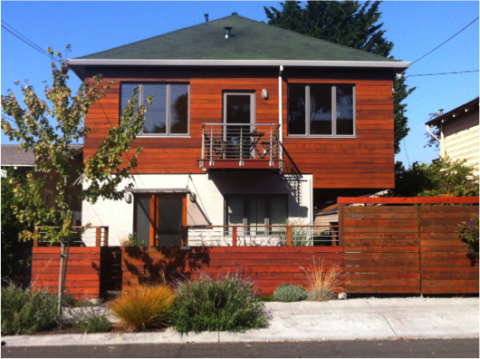 Although the concept of this methodology is documented to have existed in various forms, the codification of the methodology and certification was developed in Germany in the early 1990s by Professors Bo Adamson of Sweden and Wolfgang Feist of Germany. Drawing on studies conducted in Sweden, Super-insulated and Passive Solar experiments from North America and “Low Energy” European building standards, the concept of a building that could be practically constructed to maintain a comfortable interior climate without conventional heating or cooling systems was devised, tested and proven. The Passive House remains comfortable principally by optimizing passive measures such as airtightness, insulation, heat recovery, passive solar and internal heat gains and external shading; and in so doing minimizes the role of active heating and cooling systems – hence the term “Passive”.

In 1996, Dr. Feist founded the Passivhaus Institut in Darmstadt, Germany, to develop and promote the Passive House Standard using the tool developed to enable these buildings to be consitantly replicated: the Passive House Planning Package (PHPP.) Since then, more than 40,000 Passive House buildings have been constructed worldwide. The first Passive House in North America was built in Urbana, Illinois, in 2003 by German architect Katrin Klingenberg.

The development of Passive House in North America has experienced a bumpy ride.  The original training and certification entity operating in the US had their contract to certify to the Passive House Standard revoked in 2011.  The PHCA Board offers this timeline below as a simplified way for our members to understand an unfortunate series of events.

Stay informed on the Passive House building standard, project developments, upcoming events and courses. Connect with us on social media or sign up for our email newsletter.